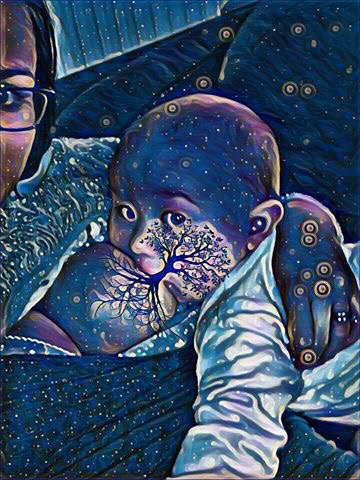 I really hate this term getting thrown about. I’m ‘lucky’ to be able to breastfeed… apparently! So I’m going to explain..

I’m gonna go all out here and say luck really hasn’t come into it but it seems things I hear often are ‘You’re so lucky your milk came in’, ‘you’re so lucky your baby latched well’, ‘your so lucky you’ve managed to feed so long, my baby didn’t like my breastmilk.’ You may be feeling my tone here, but REALLY?! If only it was that easy!

Breastfeeding is incredibly difficult… it’s not the easy option for the first 6-12 weeks. (After this admittedly it becomes much much easier! And probably then becomes the easiest option!) I’ve been feeding Little for almost a whole year, in that year I haven’t given in at all, and frankly it’s only sheer determination that got me here… not luck. And I must say it’s been worth every ounce of pain in the early days to get where we are now.

The first 4 weeks was hell, literally toe curling pain every single feed. Newborns feed 8-12times or more in a day, and it bloody hurt! Little was diagnosed with a posterior tongue tie which was affecting his latch, he couldn’t open his mouth wide enough and couldn’t move his tongue enough to effectively transfer milk which left me with blocked milk ducts and mastitis. We had his snipped and things rapidly improved the pain was almost instantly better and I’m so glad we had it snipped. Onto the next challenge…

Reflux! After having Big who hardly vomited having a reflux baby was a shock to the system. After trying a few medications we finally found him one that controls his symptoms and luckily he is rarely sick these days.

Next up we have his cows milk protein allergy! We didn’t get an official diagnosis of this until after weaning but he had signs before. Breastfed babies with CMPA are usually managed with mum removing dairy from her diet and I adopted this diet change for a short time to see if it helped. Formula fed babies are offered prescription milk to manage their condition. After a month or so dairy free, Little stopped reacting to dairy through my milk luckily (yay! Chocolate for me!) but is still unable to tolerate any dairy directly.

So I may have rambled a bit, but I’ve had enough of hearing how lucky I am… the only luck I feel I had in this was I came across some lovely breastfeeding support groups, online and at our children’s centre. Without the support from these ladies I would have been totally lost. The issues we’ve had I’ve managed to get through with sheer determination because it’s what I wanted to do, and no one was stopping me!

View all posts by biglittleandme